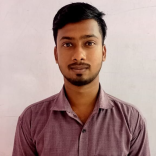 Abdul Aziz Mondol is a professional blogger who is having…

Ponzi schemes were named after Charles Ponzi, who organized one of the biggest scams in early 20th-century America.

The Ponzi scheme implies paying by the returns of existing investors from added funds to the pool by new investors. Ponzi schemes are also referred to as pyramid schemes.

Yet, there is a crucial distinction between the two: in a Ponzi scheme, there is no real investment or underlying product, whereas, in a pyramid scheme, those involved attempt to make money solely by recruiting new participants.

Read more – how to recognize a Ponzi scheme and how to protect yourself.

Ponzi schemes are investment scams that promise high returns with virtually no risk. In reality, the returns are paid from the money coming in from new investors.

These schemes crash down when there is not enough new money coming in to cover promised returns.

While the Ponzi scheme was one of the most famous fraud cases in history, it is not the only one.

In recent years, there have been several high-profile cases of Ponzi schemes, such as Bernard Madoff’s $65 billion fraud and Allen Stanford’s $7 billion scheme.

Several red flags may indicate a Ponzi scheme, and it is the most significant difference between a Ponzi scheme and vs pyramid scheme. These include

If you’re wondering whether some investment chance is a Ponzi or not, there are a few things you should pay attention to.

Ponzi schemes often rely on pressure tactics to get people to invest before they can think things through. If you’re being pressured to make a decision quickly, it’s a red flag.

Ponzi schemes typically lack transparency, making it difficult to track where your money is going and how it’s being used. Be suspicious of investments that don’t provide transparent information about where your money will be invested or what fees you’ll be charged.

Ponzi schemes often have complex structures and use jargon that most people don’t understand. This complexity can be used to hide what’s going on and make the scheme more difficult to spot.

In reality, they use the money gained from new investors to pay previous ones, and instead of investing the money, they simply put it into their own pockets.

Operators of Ponzi schemes can be individuals or organizations. They are approaching their friends, family, and anyone willing to put the money down.

The scheme continues as long as there are enough new investors to keep paying the older ones.

Eventually, however, it becomes impossible for the operator to keep up with the payments, and that’s when the scheme ends, leaving people with no money.

The hallmark of a Ponzi scheme is the consistent flow of returns to investors, regardless of whether the underlying investment is actually performing.

This flow of returns can be generated through a variety of means, such as selling shares in a non-existent company, investing in a real estate project that does not exist, or simply paying out returns from money gathered from new investors.

Ponzi schemes are often perpetuated for years as long as there is a steady stream of new investors to keep the plot going. When investor confidence finally wanes and contributions dry up, the scheme collapses, leaving later-stage investors with significant losses.

There are many investments that should be registered with the SEC, but they’re not. These unregistered investments are often high-risk and may be part of a Ponzi scheme.

Investors in unlisted investments should be aware of the risks involved and should only invest if they are willing to lose their entire investment.

Ponzi schemes can be challenging to spot, as they may appear legitimate investment opportunities at first glance. However, if you check the seller and its license, it can be perfectly clear whether the investment project is legit.

Today, we have a number of Ponzi schemes that include sophisticated strategies, and it can be tough to differentiate them from actual investments.

They often involve legitimate investments, such as hedge funds or real estate ventures, and promise much higher returns than are achievable through traditional means.

If you are offered an investment that seems too good to be true, be sure to do your research before paying any money.

History Of The Ponzi Scheme

The Ponzi scheme is named after the notorious schemer Charles Ponzi of the early 1920s. Ponzi himself was not the first to use the scheme, but his case was by far the most publicized.

He promised a 50% return on the investment within 45 days. He had taken in over $1 million from investors in just eight months.

Instead of investing the money, as promised, he was just cycling it, paying out old financiers from the new funds. This created the illusion of profitability, making the scam even more popular. Once he ran out of new contributors, everything crashed.

While Ponzi’s original scheme was based on a legitimate business (buying and selling postal coupons), most modern-day Ponzi schemes have no such underpinning. Instead, they simply involve promising high returns with no real way to deliver on those promises.

How To Protect Yourself From Ponzi Schemes?

When it comes to Ponzi schemes, there are a few key things you can do to protect yourself:

The Ponzi scheme is a fraudulent project where the perpetrator gains money from new investors and cycles it by paying old ones.

Since the whole point of such investment has a constant cash flow, the scheme falls down when there are no new financiers.

While Ponzi schemes can be attractive because of the potential for high returns, they are risky and can result in substantial losses for those who invest in them.

It doesn’t matter which type of investment you’re offered; do due diligence. There are many scams out there, and you don’t want to end up a victim of someone like Ponzi. 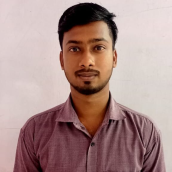 Abdul Aziz Mondol is a professional blogger who is having a colossal interest in writing blogs and other jones of calligraphies. In terms of his professional commitments, he loves to share content related to business, finance, technology, and the gaming niche.

6streams TikTok Vs YouTube – Which One Is Better? | Reviewed

Who Is Not Eligible To File An NEC Baby Formula Lawsuit?

What Can A Professional Matchmaker Do For You?

Tiny Black Bugs In House Near Window – How To Get Rid Of Them?

All You Need To Know About Google Subscriber Number

What Is Legal Environment Of Business? Definition & Factors

6 Tech Issues That Can Be Solved With Professional It Services