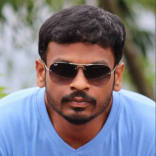 Anand Rajendran is the Co-Founder and CEO of Dectar a…

It is hard to think about an existence where there is no technology and people do not have any kind of gadgets. At present, it is clear that the people from the current generation will be lost if it is not for the technology at their disposal. There has been a huge impact on the world with the ways the technology has helped them and still continues to do so.

When WhatsApp came to a Standstill?

At present, one of the biggest mediums which helping the millions of people across the world to stay connected is the messaging platform WhatsApp. There are around 1.2 billion active users per month on the app and it is obvious that the people use it on a regular basis. Unfortunately, on a particular day, the app had to go through a complete blackout.

The app was not working throughout the world, and it was reported that there were a few said countries like the US, Canada, Brazil, and India. It is also stated that the users of the three different operating systems, iOS, Android, and Windows were affected by this. It was something that neither the company nor the users were expecting this to be happening. Here are several reasons for it,

Users took it to the Social Media

When the users realized the fact that their app is not working, there were frustrated. The only which came into their minds is to take this issue to social media. There were tweets by the user on the Twitter social media, with the hashtag #WhatsAppDown.

They were waiting for the app to be fixed soon, all the notifications app will come all at once and there were a few who were waiting to share their special moments. Unfortunately, the app does not maintain a page where it can update the users with the latest updates, and if there is any kind of glitch in the app by any means.

Delay in fixing the glitch

There was no update for the users to be intimidated that there is a problem with the app. All of them were trying to send and receive messages from their end and the other end as well. As there was no update from the firm on how long it will be taking for them to fix it, the users were feeling frustrated.

People had to wait for long hours to get the app working to get back to their loved ones. An analysis shows that on average a user spends almost 3 hours on this app per week. It makes it clear to which extreme the app is being used by millions of people across the world.

The cause of the glitch – Unclear

It was hard to figure the reason behind the glitch which occurred in the app. This is not the first time that something of this kind has happened. There was a blackout on New Year’s Eve in the year 2015 as well. The fact is that WhatsApp rarely runs into glitches when compared to its other strong contenders.

You May Also Like: Important Things That You Must Know About The Working Of Internal Audits

Problem with the Servers

The tech geeks at WhatsApp were able to figure out that the issue was with the servers. It is the main point where all the messages are being received and sent forward to the respective users on different ends. As the servers were affected by the glitch, it did take time for the tech geeks to get it fixed.

There were different countries which were affected by it and another aspect which was considered is the time zones. Each of the users was facing the issue with the app, with sending, receiving messages, loading of the app at various times. The messaging app was down for almost 2 and a half hours, it is said that there was an outage at 9:00 PM BST and came back at 11:20 PM.

Varied reactions from around the world

There were different kinds of comments being posted on Twitter. Each one of the tweets was different, one read it that “WhatsApp goes down and the world has fallen apart”, another one said, “WhatsApp is down and people are actually communicating with the people in the same room “.

On the other hand, the iPhone users clearly stated that they do have another option as iMessage and they can use it. Apart from just the iMessage, they also have Face Time to stay connected with their friends and families. It was clear that the users who had iPhones were not much affected with WhatsApp going down, as they opted for other options.

There were instances, where people started to think about the days when there was no WhatsApp. They were thinking about the ways in which they were staying connected. The users did have the option to send a normal text message or make a call with the help of a carrier, rather waiting long for WhatsApp to come back.

You May Also Like: 6 Killer Marketing Ideas for Small Business Start-ups

When WhatsApp came back online

On a later note, the servers were fixed and people were able to use the app all over again. In fact, the moment WhatsApp went down the people felt like they were suffering from a broken hand. In recent times, the app has been releasing many different kinds of updates. But, for time being there were no comments released stating about any of new updates from the app.

In the end, it is important to have a messaging platform to send and receive innumerable messages at a low cost. There are millions of people across the globe that stay connected with this particular app. On the flip side, there is another part of the world where WhatsApp is no big deal. In fact, there are millions of people who do not have an app or a smartphone in the first place. However, you must also use some video marketing tactics to get your customers.

WhatsApp has been a huge platform and helping hand for the millions of people to stay connected at a low cost. Though there have been only rare instances when the app has gone down, still users were not glad about it. We can expect a lot more changes happening in the app and new updates being released as well. It is alright to not be connected for a little while, that is when we find time to do other stuff as well. 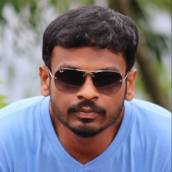 Anand Rajendran is the Co-Founder and CEO of Dectar a well-known Software products development and Mobile App Development Company based in Chennai, India. He has extensive experience in building and leading innovative and collaborative software development teams to deliver major software applications like Scimbo – Whatsapp Clone Script. He loves exploring new things and sharing his knowledge with others.

Who Is Not Eligible To File An NEC Baby Formula Lawsuit?

What Can A Professional Matchmaker Do For You?

Custom Bucket Hats: Why You Should Use Them For Your Business

Tiny Black Bugs In House Near Window – How To Get Rid Of Them?

All You Need To Know About Google Subscriber Number

What Is Legal Environment Of Business? Definition & Factors

4 Things Established Businesses Should Include in Their Office Search