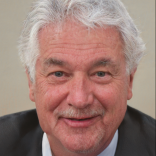 Stephen Leo is a new age online marketer who believes…

Significance of Loans And the Utility of Money Lending Institutions

We’re going to take a step outside the world of the designer-vs-client battle and look at another issue. I’ve read numerous articles on “how to handle” clients regarding everything from getting them to coaching them to how and when you should fire them. Most of these talk about taking charge and doing what you’re trained to do–design. Not a lot of them talk about taking off your designer hat and doing what is essential to please your clients (especially if you’re freelance)-that is, serving.

Most clients are not egotistic know-it-alls that just want to belittle you. If they didn’t need help, you wouldn’t be working for them in the first place. And while you’ll always have clients who micro-manage things and really see you as more as a temperamental tool to their vision, that’s no reason to ignore their suggestions or chalk up their criticism to nothing more than a casual observer.

In the world of design, we are about bringing other’s ideas to a visual and tangible result. We are the solution, not the problem. Actually, if your clients have a rough time about the project, it’s probably your fault. But that doesn’t mean that these things don’t happen often, it just means that we should know how to get around them. I’m going to give you some tips on getting to know how to serve your client better.

Take A Great Deal of Time to Understand Your Client’s Concerns:

It may very well be the thing you do more than actual designing, but what good is 40 hours of working on something that they hate? You might still get paid, but you won’t get referred, and you certainly won’t get re-hired.

Take lots and lots of notes. Pay careful attention to the sites your client likes/dislikes and why. And finally, once you have a clear idea of your clients’ goals, execute well.

You Can’t Do It All, But Do as Much as You Can:

I have a client that doesn’t know a whole lot about computers, the internet or web design. He just knows that a website is a window of potential gain in his business and he wants to grab the opportunity. So when I created his site, I didn’t just put it all on a pen drive and leave it at his office. I took the time to get his domain name, make sure his site was hosted, and I was the go-between for him and the hosting team.

In fact, I’m still paying his hosting and doing site maintenance for a monthly fee. By the law of reaping and sewing, I guarantee you that I’ll be the first guy he thinks of when someone else asks him about design. And as any designer will tell you, referrals matter greatly.

Stick with What You Know:

While I am primarily a web designer, I’m pretty handy at print design when I need to be. But recently I got a phone call for a position that was way over my head programming-wise. I know enough code to be quite dangerous, but I haven’t taken the time to seriously learn ASP or other stuff involved in the back end.

How much of a help would I have been to go ahead and say “Yeah, I can do all that,” and then try to make it by on trial and error? In respect for the client and your own reputation, politely decline work that you can’t handle, be it because you don’t have the know-how or don’t have the time. If you can’t commit to a project because you’re busting at the seams with deadlines, then don’t. It’ll be better for you in the long run.

In addition to being a good designer and making your client happy with the project, be sure to follow up on it and ask about the success. Was it seen/noticed? When the projects over and done with, send some cookies or chocolates with a thank-you for being part of your paycheck. Touch base with them often to make sure things are still going well for them.

Real Estate Agents Should Start Using These Marketing Platforms in 2021

If you start to actually care about them and their business, then they will actually care about you and yours. Not to say that they’ll give you a “pity project” just because you’re running dry, but you’ll keep yourself in the forefront of their mind and it’ll make you look really nice. And everyone likes a nice designer. Don’t make yourself a nuisance, though. I wouldn’t call them more than once or twice a month unless they were in need of my help.

The least it will do is teach you character and show someone that you care. After learning these principles, it was not hard for me to see myself as what a designer really is: someone who sells a service. And the best way to sell a service is to become a servant. 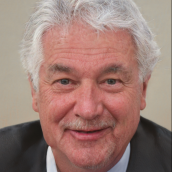 Stephen Leo is a new age online marketer who believes in the power of content market. He is vocal critic of current digital marketing tactics and strongly believes that digital marketing should be more about building relationship rather than building silly links. He is currently associated with Guest Blogging Pro - a platform where bloggers and publishers can get connected easily.

What Is A Resource Market? A Beginner’s Guide

Which Type Of Account Is Typically The Most Liquid?

Which Of The Following Most Influences Your Credit Score

Which Type Of Loan Requires That You Pay The Interest Accumulated During College?

Significance of Loans And the Utility of Money Lending Institutions