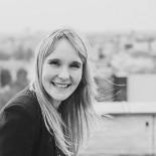 Former journalist Katya Puyraud is the co-owner of company formation…

To say that Ireland has strong links with the United States would be something of an understatement. The two countries share familial as well as political bonds, with Irish immigrants forming the backbone of early American immigration, and shaping the nation’s politics. 10.5% of Americans now claim Irish ancestry, and the right to chug Guinness once a year.

From the ‘Celtic Tiger’ of the 1990s, where U.S. investment boosted the Irish economy, Ireland now has a trade surplus with America of $20.5bn. But as the economy recovers and businesses begin to grow internationally, there are signs that this tide is turning.

Here are just five reasons why small businesses, in particular, are expanding to Ireland as their first leap abroad.

We know the difference between Britain, the UK and the British Isles can be confusing. For the purposes of this article though, all you need to know is this: the UK is leaving the European Union, and the Republic of Ireland isn’t. This is a big deal when it comes to attracting international business, which used to be the UK’s forte.

American companies used to love the UK because it was easy to set up there, everybody speaks English, and because it gave you access to the EU market. Financial services firms have ‘passporting rights’ which lets them move money and trade across the EU without any barriers. Others appreciated the ability to hire EU workers without visas, and the absence of tariffs, as well as the minimization of non-tariff barriers through shared standards and customs.

Starting in a year or two, the UK will have none of these benefits. The British government will have to manually negotiate deals with each country it wishes to trade with, or else be subject to harsh WTO tariffs. Ireland retains access to all of the EU’s jointly bartered trade deals, and all of the other benefits of free travel and a shared fiscal union. In other words, if you want to crack the European market and not just the UK one, Ireland is a safe choice.

It’s got a thriving economy:

The Irish economy has historically been slightly fragile. Its momentous highs have been accompanied by some significant lows, most recently following the financial crisis of 2008, where unemployment skyrocketed to record highs. This culminated in a €67.5 billion bailout from the EU, and a period of substantial emigration.

Recent years, however, have seen an overwhelming (and most importantly, stable) upturn. Ireland has had the highest growth rate in Europe since 2014, where it recorded a staggering 26.5%, before settling down to 11.9% in 2017. Unemployment has fallen from the high of 15.1% to 6%, as has public debt, with the country holding an unblemished credit rating. This is in contrast to the UK, which recorded a 1.7% growth rate in 2017 and had its forecasts slashed.

Perhaps the driving force behind Ireland’s small business success has been its generous tax arrangements. At 12.5%, Ireland has one of the lowest rates of corporate tax in the EU, level with Cyprus and lower than Germany, France, and the UK. Ireland also has a number of ‘zero-rated’ products which are exempt from the VAT and holds double taxation treaties with 73 countries at the time of writing.

Businesses which are based in Ireland but trade entirely outside of Ireland are eligible for a complete tax exemption, on the basis that they contribute to the local economy in other ways. And businesses which do sell in Ireland may qualify for a separate three-year exemption, depending on the products and services you offer. All of this has helped make Ireland the 4th best country in the world for business taxes, according to the World Bank.

The Irish economy is export driven, but that’s not the only secret to its success. Ireland is an extremely accommodating destination for businesses in general, with policies tailored specifically to foreign businesses moving into Ireland. Ireland ranks as the 8th best country in the world for starting a business, according to the World Bank, the highest position anywhere in Europe.

The financial services, pharmaceuticals, beer, agriculture, and tech industries have all flourished in the past few years, with many major companies choosing Ireland as their European base. Big names include Microsoft, Facebook, Google, Dell, Oracle, Dropbox, Intel, Pfizer, and Johnson & Johnson, with the Dublin riverfront gaining the nickname ‘Silicon Docks’ for its tech contingent.

What Are the Benefits of Using a Centralized Mailbox For Your Business?

This is not to say that only big businesses can succeed in Ireland, however. Small businesses remain the backbone of the Irish economy, representing over 99% of all businesses and nearly 70% of all jobs. The Irish government also offers 140 different methods of financial support for small businesses, including a variety of grants – and not including the billions in potential EU funding.

It’s a great place to be:

Business isn’t just about what you do, but where you do it. From a purely practical standpoint, Ireland is ideally positioned between the U.S. and Europe and boasts excellent logistics. Several international airports make meetings and commute a breeze, while deepwater docks and a strong road infrastructure cover the transport of goods and materials.

More than this, though, Ireland is a great place to live. Ireland is among the happiest nations in Europe and boasts a higher life expectancy and higher levels of educational attainment than the OECD average. With beautiful countryside and quaint villages right on your doorstep – even if you’re in a city like Dublin or Cork – living standards are higher and costs cheaper than in London, New York, or any other global cities.

Bringing your business to Ireland also puts your business in an ideal position for post-Brexit trade. While the UK will be a less prominent market after Brexit, it’s still the world’s fourth largest and has some of the most prolific eCommerce use in the world. With Ireland set to receive some special dispensation regarding the border with Northern Ireland – a part of the UK – the Republic is ideally positioned to trade with both blocs in the future. 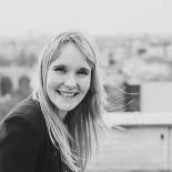 Issues That Affect Our Ageing Population

How to Get the Most Out of Your Product Launch

How to Effectively Use Modern Tech as a Struggling Startup

5 Professional Degrees To Pursue Entrepreneurship In 2021

You can toggle right click protection within Theme Options and customize this message as well.

You can also add shortcodes here.